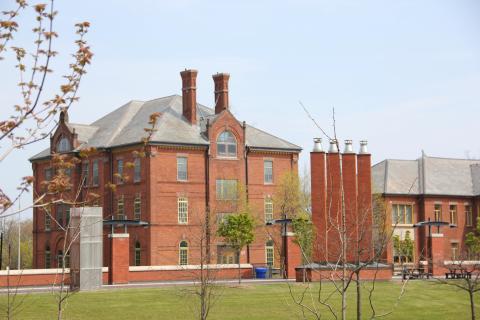 As we near the start of Reading Week and the midpoint of the Fall Semester, I want to check in with the Humber Community and remind all of you about how we’re sharing information about the pandemic and its impact on the college.

With our main campuses located in Toronto and on the border with Peel Region, the Ontario government’s recent decision to roll back parts of the province to a modified version of Stage 2 affected various areas of the college. Among other changes, our Fitness Centres and Gyms will be closed for the time being, as will seating... END_OF_DOCUMENT_TOKEN_TO_BE_REPLACED

On September 26, Joyce Echaquan, a 37-year-old Atikamekw woman from Manawan was admitted to hospital in Quebec. While there, she received racist taunts from staff and later passed away from her illness. This tragedy is heartbreaking and unspeakable.

Ena Chadha, Chief Commissioner of the Ontario Human Rights Commission released a statement earlier this month entitled, “The Critical Juncture of Hate.” In it, she highlights that while society as a whole has recently become more aware of the prevalence of systemic racism, the global pandemic has seemingly emboldened many people to announce and act upon their bigotry.

The Winter term and what’s to come

Today, we shared with students and staff an update on our plans for the Winter 2020 term.

As we have said throughout the COVID-19 pandemic, our focus remains on the health and safety of our community and is the driving factor in our decisions around program and service delivery.

You can expect that programs will continue to be either fully online or have a mix of online learning and limited in-person components. Employees who are able to complete their work remotely will continue to do so for the Winter term. I know that staff and faculty will continue to work... END_OF_DOCUMENT_TOKEN_TO_BE_REPLACED